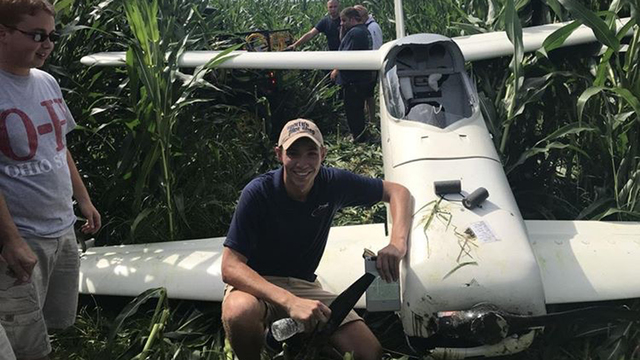 
The National Transportation Safety Board did not travel to the scene of this accident.

On July 19, 2018, about 1600 eastern daylight time, a Toomie Quickie airplane, N23JH, impacted high vegetation, nosed over, and impacted terrain near Zanesville, Ohio, during a forced landing following an inflight loss of engine power. The commercial pilot was uninjured. The airplane sustained substantial canard and fuselage damage during the nose over. The airplane was registered to and operated by the pilot as a Title 14 Code of Federal Regulations Part 91 personal flight. Day visual meteorological conditions prevailed in the area about the time of the accident, and the flight was not operated on a flight plan. The flight originated from the Zanesville Municipal Airport (ZZV), near Zanesville, Ohio, about 1530.

According to the pilot, the airplane was not equipped with an electric starter and required the pilot to start the engine by rotating the propeller by hand. Additionally, the airplane required an electrical charge to operate the spark plugs' igniter as opposed to a spark from an engine driven magneto. The day before the accident flight, the airplane was grounded due to a dead battery. The pilot charged the battery with jumper cables and was able to start the airplane. However, the pilot subsequently installed a new battery and found it produced 13-14 volts versus the previous battery's 8.5-9.5 volts. The pilot cycled the engine through an engine run and departed from the Butler County Regional Airport-Hogan Field, near Hamilton, Ohio, and landed at ZZV about 1300.

The pilot discussed the intended photo mission with the flight crew of the chase airplane. They decided that the pilot would position the airplane off the chase airplane's right wing north of the airport over an area where the terrain of rolling hills and wooded areas would provide the best backdrop for a northbound photo run. The photo mission was anticipated to take about 30 minutes to complete.

The pilot signaled the end of the flight with a "rudder wag" and both airplanes headed back to ZZV. During the return flight, approximately 4 miles north of the airport, the airplane engine power dropped in excess of 1,000 rpm and its engine monitor indicated about twice the normal fuel flow. The pilot was able to maintain airspeed and altitude. He announced that the airplane was having engine trouble and was planning a straight-in landing.

The rpm subsequently began to decrease even further, about 20 rpm per second. The pilot determined that the airplane would not be able to make the airport. The pilot saw unsuitable terrain to the airplane's right, and to the left, a dogleg road pointed into the wind with fields beyond it. He announced his intentions over the ZZV unicom frequency, and began a descending right turn down toward the road. The pilot stated that when he lined the airplane up with the road, it had excess airspeed and that he knew he could not stop the airplane in time. He observed signs at the turn of this road and elected to fly over them. But, there were cornfields on the other side of the signs. The pilot reduced the power to idle and flew above the top of the corn, bleeding off as much airspeed as possible before "dropping in" the cornfield. The airplane's nose struck the ground and the "momentum and angle of the crash caused the tail of the aircraft to gently continue over before coming to rest upside down."

The pilot reported that even though the canopy had shattered during the impact, he, after unhooking from the harness, was unable to get out of the inverted wreckage. Fuel began to leak from the vent on the fuel tank filler cap and he "secured" the airplane. The pilot subsequently used his mobile phone's voice calling feature to call the chase airplane pilot and 9-1-1. The 9-1-1 call lasted about 30 minutes and the operator stayed on the line until the first responders were able to locate the pilot.

The accident airplane had a condition inspection completed on July 4, 2018. During the inspection, a cracked exhaust manifold was welded back together and reinstalled.

At 1553, the recorded weather at ZZV was wind 110° at 7 knots; visibility 10 statute miles; sky condition clear; temperature 28° C; dew point 13° C; altimeter 30.03 inches of mercury. The temperature and dew point present were favorable for the formation of serious carburetor icing at a descent power setting.

A Federal Aviation Administration Inspector examined the wreckage. The inspector observed a separation of the right-hand exhaust manifold which was directly beneath the intake breather for the engine. He also found the mixture set screw on the carburetor was very loose against the spring and was extended out. The cowling exhibited an impact mark in the location of the mixture screw.

The pilot's safety recommendation stated, "I was planning on installing stronger exhaust manifolds after the summer season because I wanted to take the aircraft to Oshkosh. I should have grounded the airplane when this same exhaust manifold broke previously." 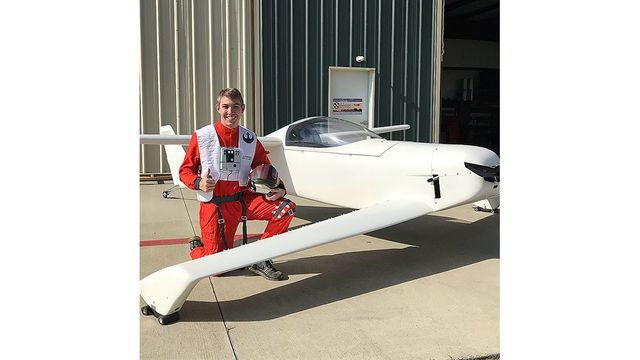 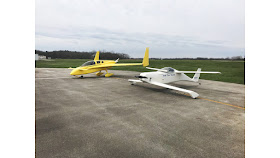